Photovoltaics (PV) covers the conversion of light into electricity using semiconducting materials that exhibit the photovoltaic effect. An phenomenon studied in physics, photochemistry, and electrochemistry.

A typical photovoltaic system employs solar panels, each comprising a number of solar cells, which generate electrical power. The first step is the photoelectric effect followed by an electrochemical process where crystallized atoms, ionized in a series, generate an electric current.

Solar PV generates no pollution. The direct conversion of sunlight to electricity occurs without any moving parts. Photovoltaic systems have been used for fifty years in specialized applications, standalone and grid-connected PV systems have been in use for more than twenty years.

They were first mass-produced in 2000, when German environmentalists and the Eurosolar organization got government funding for a ten thousand roof program.

On the other hand, grid-connected PV systems have the major disadvantage that the power output is dependent on direct sunlight, so about 10-25% is lost if a tracking system is not used, since the cell will not be directly facing the sun at all times. Power output is also adversely affected by weather conditions such as the amount of dust and water vapour in the air or the amount of cloud cover. This means that, in the national grid for example, this power has to be made up by other power sources: hydrocarbon, nuclear, hydroelectric or wind energy.

Advances in technology and increased manufacturing scale have reduced the cost, increased the reliability, and increased the efficiency of photovoltaic instalations and the levelised cost of electricity from PV is competitive, on a kilowatt/ hour basis, with conventional electricity sources in an expanding list of geographic regions. Solar PV regularly costs USD 0.05-0.10 per kilowatt-hour (kWh) in Europe, China, India, South Africa and the United States. In 2015, record low prices were set in the United Arab Emirates (5.84 cents/kWh), Peru (4.8 cents/kWh) and Mexico (4.8 cents/kWh). In May 2016, a solar PV auction in Dubai attracted a bid of 3 cents/kWh.

Net metering and financial incentives, such as preferential feed-in tariffs for solar-generated electricity, have supported solar PV installations in many countries. More than 100 countries now use solar PV. After hydro and wind powers, PV is the third renewable energy source in terms of globally capacity. In 2014, worldwide installed PV capacity increased to 177 gigawatts (GW), which is two percent of global electricity demand. China, followed by Japan and the United States, is the fastest growing market, while Germany remains the world’s largest producer (both in per capita and absolute terms), with solar PV providing seven percent of annual domestic electricity consumption.

With current technology (as of 2013), photovoltaics recoups the energy needed to manufacture them in 1.5 years in Southern Europe and 2.5 years in Northern Europe.

South Africa are now seeing the beginning of the PV revolution and more and more people are benifiting from this great technology every day. 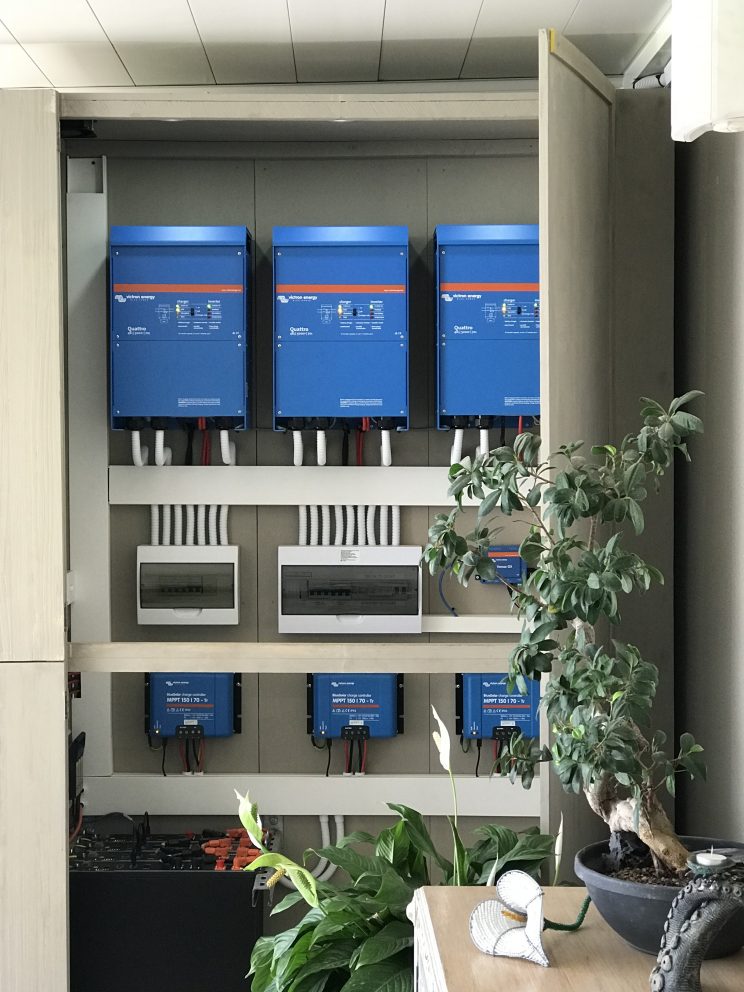